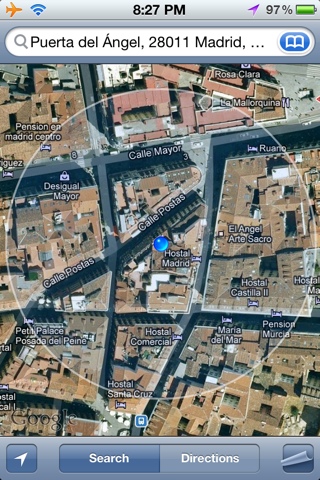 Here’s the Google maps picture of where our Hostel was in Madrid. You can ignore the bit at the top, I was searching for another location in the city. 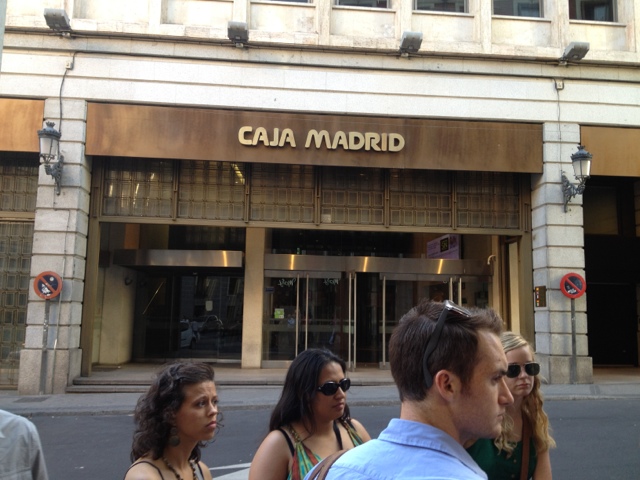 Caja Madrid, one of the big banks in the country. These were practically everywhere. And these banks are some of the ones that are getting in so much trouble. I believe this bank was bailed out this day, the 11 July, 2012. A lot of Spain bailout talks and deals happened while we were in Spain. 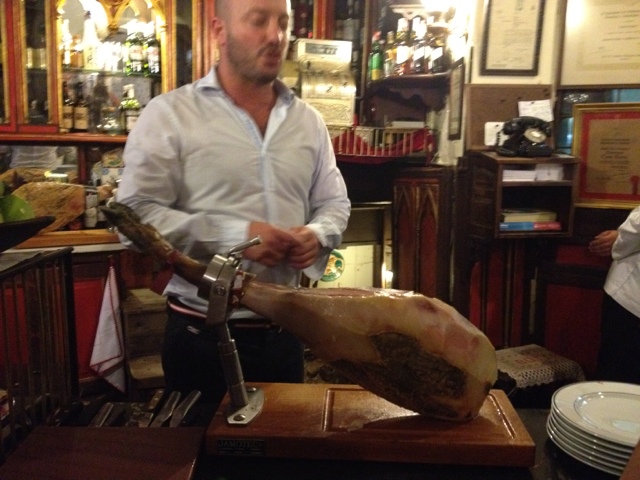 Sean, our guide, telling us about this pig leg. Not any pig, this was an Iberian pig. They’re special in this part of Spain, and are considered a bit of a delicacy. 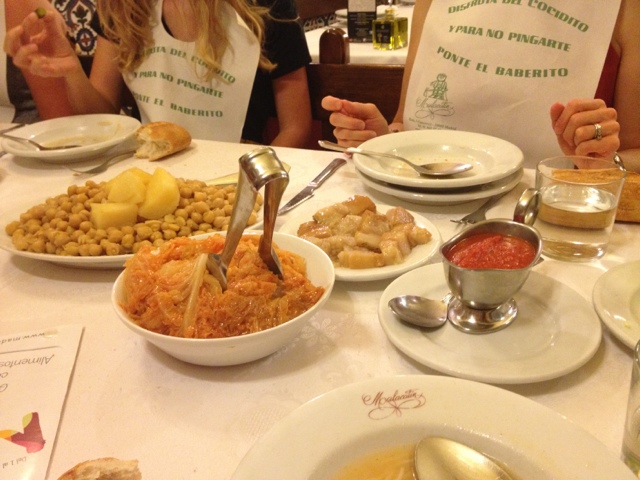 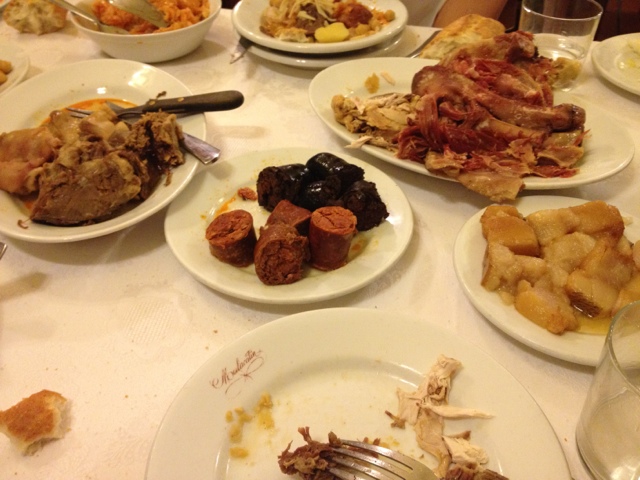 Cocido Madrileño. A traditional Spanish dish, especially in the central part of Spain. The first course, which you can see at the very bottom of the first picture, was a noodle soup, cooked in the broth from the meat. Then, there’s the second course. On the right of the first picture, there’s a dish of tomato sauce. The top right is a selection of pig fat. Below that is steamed something. Cabbage, I think. On the left is Garbonzo beans, with potatoes in the middle. The third course, in the lower picture, was the meats. There’s the fat still there. On the upper right, there was a chicken, and is still a bit of Iberian pork left. In the middle is blood sausage and some other type. There’s beef and another meat on the left. That’s chicken on my plate at the bottom. 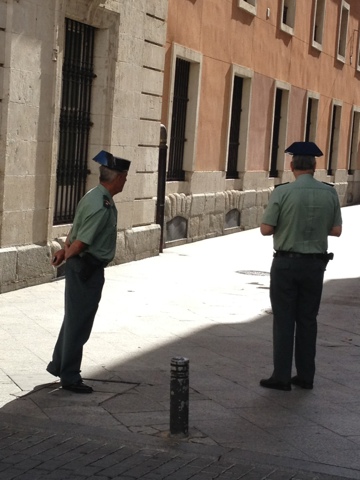 The Civil Guard, one of the three different police forces in Madrid. They had some funny hats. 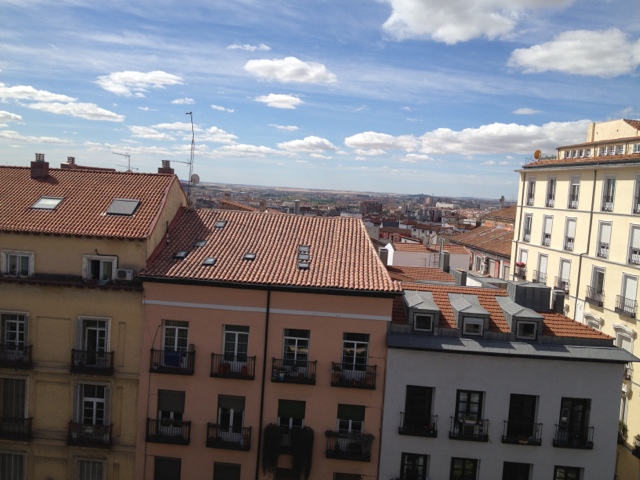 While you can’t see all of it, this is about 7 stories up and looking out over a balcony. You can get an impression of how crowded the city was and everything is tall. Almost every single building was 5-6 stories tall in Madrid. 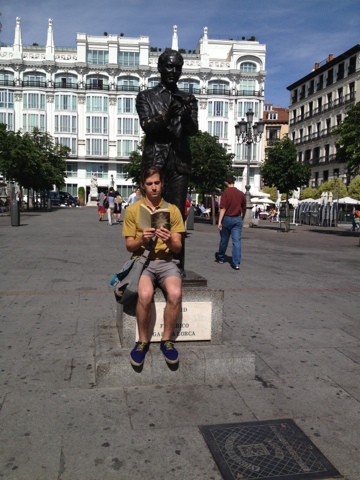 A statue of the poet Federico García Lorca. That’s Jeremy, one of our group, reading a book of Lorca’s poems. He’s a big fan of poetry, and greatly enjoyed the book.
So, our second day in Madrid. We didn’t do anything huge, just had a tour of the city and then had free time. Our room situation got a bit interesting in our spare time, because we had one key and three people. I wore my walking shoes this time, so it was much more comfortable. So, we went to various places, again lead by Sean. His Spanish was fairly easy to understand, but he had a habit of translating a word into English, just to make sure that we understood what he was saying, and then forgetting himself and continuing to explain in English.
The Cocido was lunch for four of us. We bought one serving of it, and didn’t even finish half of it. They feed you really well in Spain, something I definitely appreciated. As a note, the Iberian pork really was something special.
We also finally learned where the local super market was, and went shopping. There was a stove top, a refrigerator, and a microwave in our apartment, so we made a lot of food for ourselves. It saved us a lot of money. I think we had scrambled eggs and bread that night.
All in all, the second day was a lot more relaxing and fun than the first; my feet didn’t hurt, and I wasn’t any where near as tired. We finally started to figure out where things were near our hotel, and how to get from one of them to another.