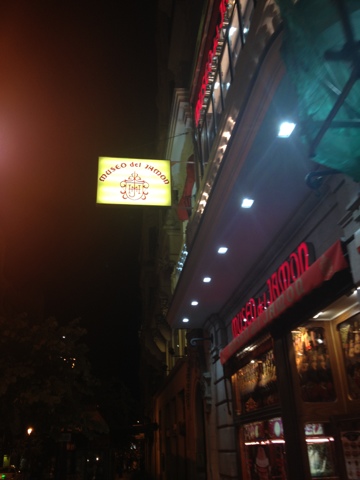 This is just a for fun picture. Museo del Jamon. Museum of Ham. I never actually went in, but there was some cool stuff in the windows. It just struck me as funny that there was an entire museum for ham. 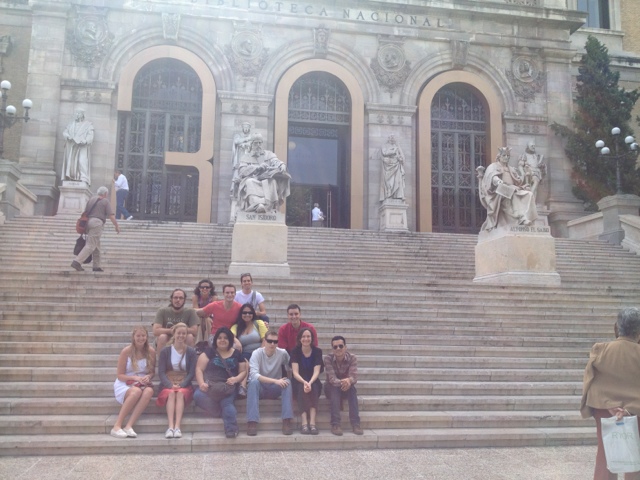 This picture didn’t come out all that well, I’m sorry. But this is our group at the Biblioteca Nacional, the national library of Spain, essentially their equivalent of the library of congress here. The statues in front are San Isidoro and Alfonso El Sabio. In back, I don’t remember all of the names, but I know that the guy on the far right is Cervantes again. 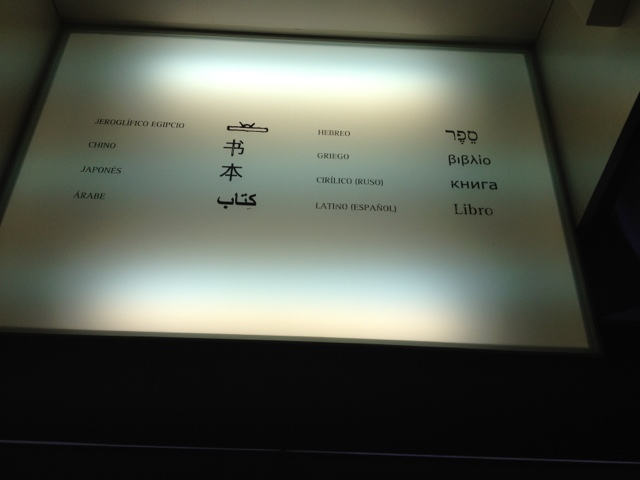 This was a comparison of the word book in several different writing systems and languages. The interesting thing to note is that while Spanish, Russian, Greek, Hebrew, and Arabic have letters which represent sounds, thus “spelling” the word, the others have a single symbol that represents the word as a whole, and can not be phonetically sounded out. 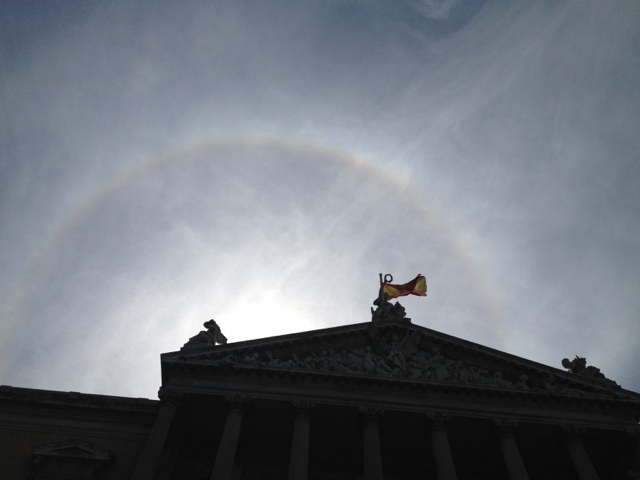 This is a solar halo, seen over the top of the national library. 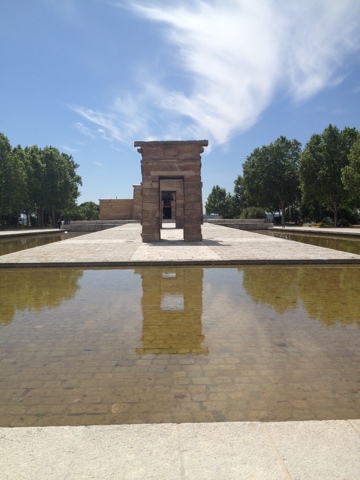 Here’s a real Egyptian temple, which was moved to Spain as part of a political deal about 50 years ago. Nobody is quite sure what the deal entailed. There is a movement underway to enclose the temple in a climate controlled environment, because the condition is deteriorating quickly. 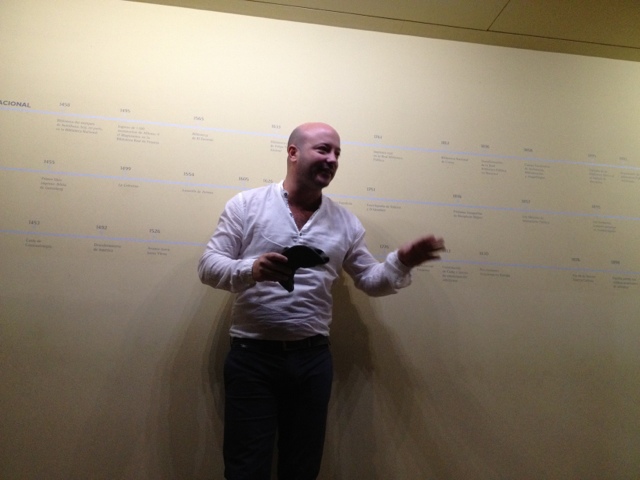 Underneath the national library was the Museo del Libro. This is Sean explaining a timeline to us inside the museum.
This was a fun day. We went to the national library and the book museum underneath. It was quite interesting. We learned quite well that the word in Spanish for “parchment” is “pergamino”. Sean had to tell us this at least 10 times before someone wrote it down and we started to refer to the paper. Sean got frustrated after about 5 times of telling us, and was a bit irritated when we kept asking him.
The Egyptian temple was really cool, and it’s in the middle of the Parque del Oeste, literally west park. It was a beautiful park, with lots of trees and grass… and the random Egyptian temple.
We didn’t actually go into the national library, because that required a library card, and we decided it wasn’t worth the paperwork just to go in once for a short while.
The most interesting thing to me was that many of the books and items in the museum were replicas. The real ones were kept in the library above, instead of being put on display.