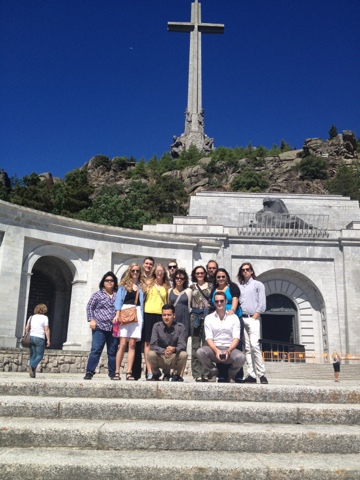 Here’s the group at the Valle de Los Caídos. Valley of the fallen. There’s a church thing inside the mountain there, but no pictures were allowed inside. That, above us, is the tallest cross in the world. 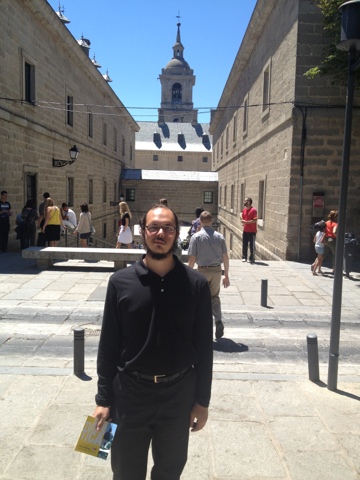 Monasterio de San Lorenzo de El Escorial. A monastery founded by some dead king guy as a thanks to God for allowing him to win a big battle. It’s also where all of the kings and queens of Spain are buried these days, we saw the tombs of some 30+ of them under this. (Again, no pictures.) 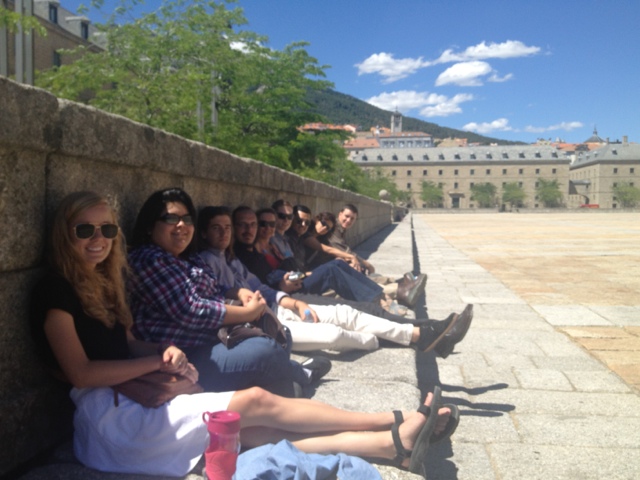 Here’s the group, chilling after our tour of the monastery. 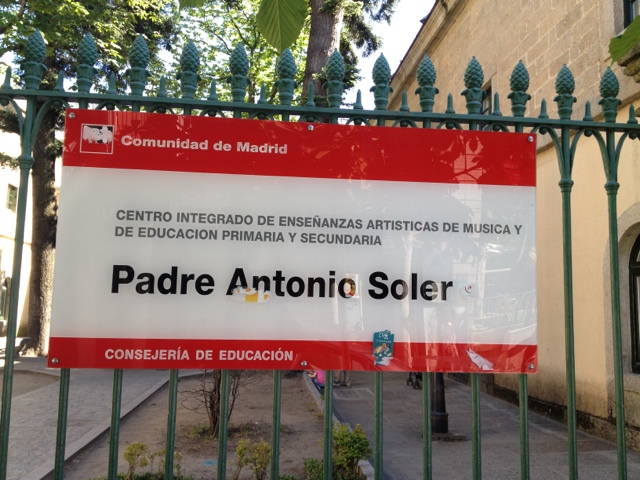 This sign was at a school (middle and high school) next to the monastery. It struck me because I’ve heard and really enjoyed some of the music that he wrote. Here’s a Fandango. 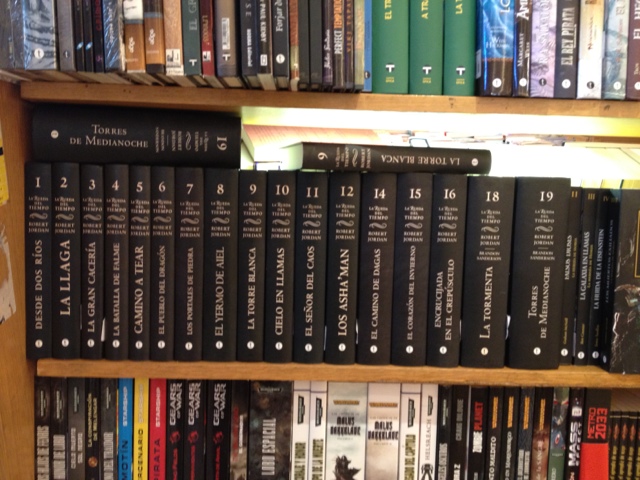 The Wheel of Time! In Spanish!!! For those of you who don’t know, this is basically my favorite book series. It’s an epic fantasy. What struck me as surprising here is that they split some of the earlier books, which they’ve done here too. What actually struck me was that they had renumbered the entire series, as if the split books were originally two. That’s not something they’ve done here, Towers of Midnight is still #13 here, for example. 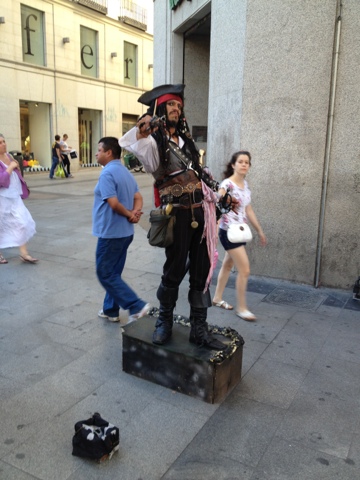 Another street performer. This guy pulled it off really well, the look, the sway, everything. 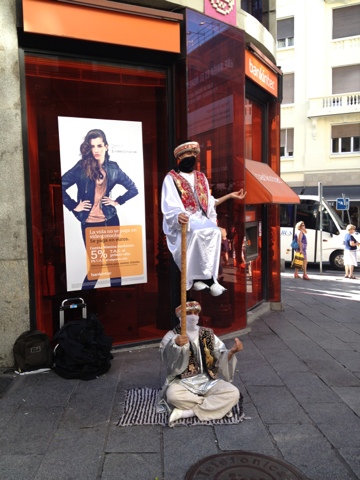 More street performers. These guys would sit out here for like an hour like this. It’s a trick, the wood goes up their sleeves and they aren’t actually holding it. But it’s an amazing illusion the first time you see it.
So, we took a daytime excursion to the valley of the fallen and the monastery. We didn’t have an official tour of the valley, but the church inside was just amazing. Apparently, they have enough monks there to have a continuous, 24 hour, church service going on all the time. The acoustics inside were also the best I’ve ever heard, inside this HUGE hall, you could hear (If not understand; I think it was in Latin) everything the priest was saying, 500 feet away.
The monastery, we did have a guided tour. With one of the tour guides who typically leads the tours there, for Spanish people. I don’t even think he spoke English. He wasn’t actually that hard to understand, when he spoke loud enough for us to hear him.
The tour was quite long, and as you can see, we were all tired by the time it was over. The street performers were people that I saw when we were back in Madrid. The stick guys were at the end of the street where the apartments were, and Sparrow was in the Puerta Del Sol about 100 meters away, where we went for all of our groceries and such.
I also saw a street band, with two men on hammer dulcimers, and another accompanying with an acoustic guitar. You couldn’t really hear the guitar, but the dulcimers were amazing. I have a video, and I hope that I can post it when I get a computer. I purchased their CD, and it was 10 euro well spent.
All in all, this was a good day, we got to see more amazing places, and then some really cool street performers. (I saw the stick guys about every day, but the Sparrow only once.) And yeah, Wheel of Time in Spanish made my day. I love those books.