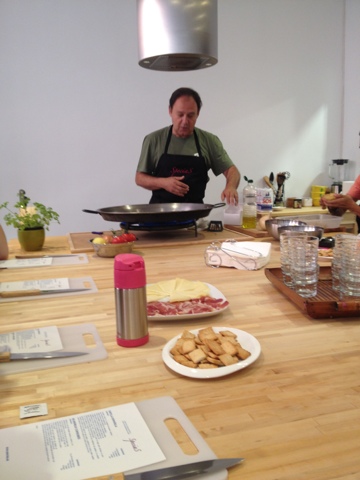 Day 7 started with a Cooking “Class”. Here’s the instructor with his HUGE Paella pan. 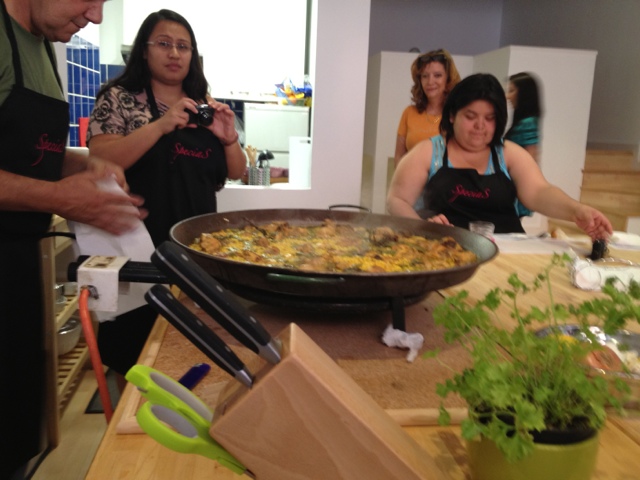 Here’s the Paella after it was pretty much done. I’m sorry I don’t have any pictures of any on my plate, I ate it too fast to even think about that. 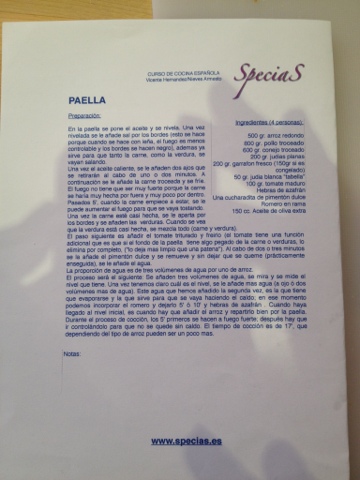 Here’s the recipe for the Paella. Have fun translating it! 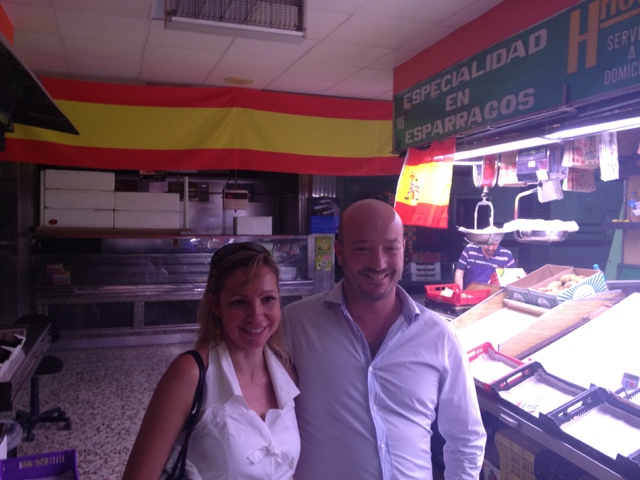 After that, we went to a haunted marketplace… Well, not really, but I explain that later. This is Sean and Natalia, the only time both of our guides were together in one place. This struck me because L’Hospital (As we call him here, L’Hôpital is the correct spelling.) was a famous mathematician. I don’t know if this location is named after him; that’d be more research than this lazy kid is willing to do. 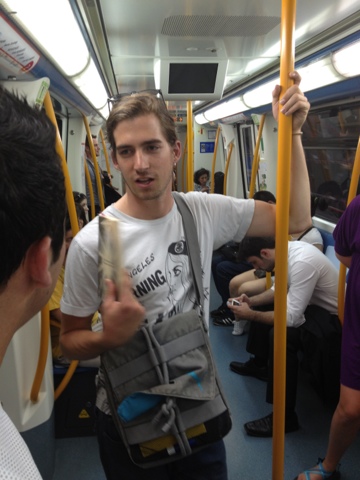 Jeremy showing a book to Niko on the metro. I’ll have a whole post on the metro later, when things slow down for classes. 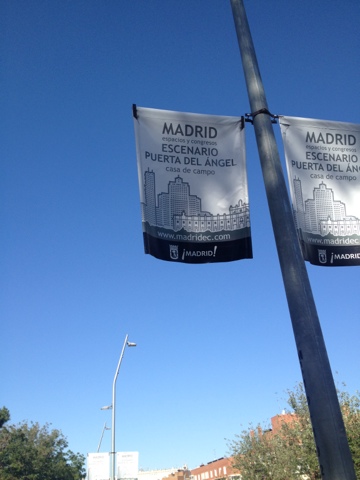 All that I was able to find of it. Again, explanation at the bottom. 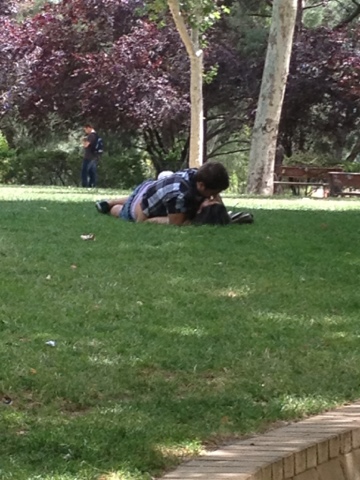 We went to a park (myself and Jeremy) to do our diaries after being lost for a while. Anyways, this kind of thing was all over the place. It seemed almost expected of you, if you were at the park and had a girlfriend/boyfriend. Not much else to say here.
Day 7. So, the day started off awesome, with a Paella cooking “class”. Yes, the Paella was so good that I’m going to capitalize Paella every time I use it. Paella! I put class in quotes because we didn’t actually do any of the cooking, we just watched the teacher make the Paella. It was a lot like a TV cooking show, except that we got to eat the Paella after it was cooked.
Yes, the Paella was that good. Wow. This Paella, from this class, has to rank somewhere near the very top of the best foods I’ve ever eaten. Wow… Other Paella, not so much, at the restaurants where it was part of the daily menu (Again, that’s a whole post later.) I can understand my teacher spending 50 euro for one night’s meal of the best Paella in town. I might even have to save up and do that myself. It’s that good.
No, the market place wasn’t haunted. But it was about 3 in the afternoon when we visited it, and so almost all of the shops were closed down, and it had an empty, abandoned feel to it. In Spain, most places are open from 8-2 and 5-8 during the day, and the workers eat lunch and take a siesta from 2-5.
Our whole group really wanted to get Natalia and Sean together, so we were really happy to see them both on our last day in Madrid. We don’t know if they are/were together or dating or anything, but we want them to. 🙂 They were both awesome guides, and we appreciated them very much for all the stuff they told us about the city and the culture.
So, there’s a guitar piece, Puerta Del Ángel. I’m planning on learning it. I can’t find any recordings online, so I can’t give you one to listen to. But the recording on this CD is really good: link.
I didn’t actually find it, the actual puerta, which was one of the old gates into the city. There’s a metro station and a street named after it, but even though I went to the metro station and asked around a lot, nobody seemed to know where it was, and pointed us in very different and confusing directions. If you can ever find something about it online and give me a link so that I can find it on a map of Madrid, that would be awesome.
So, after we got lost (I took Jeremy with me.) we went to the park and wrote in our journals, as well as went to a small book store and found some cool things.
All in all, a really good day. Paella!