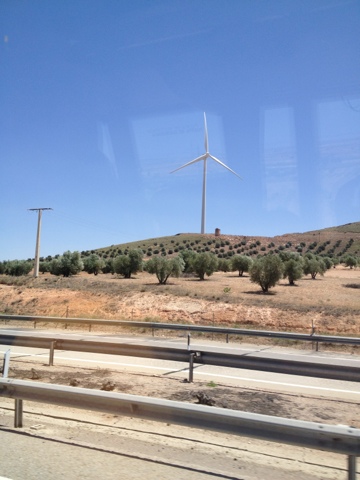 Today we went from Madrid to Granada. It was about 5-6 hours by bus. Here’s some windmills, with olive trees in front. 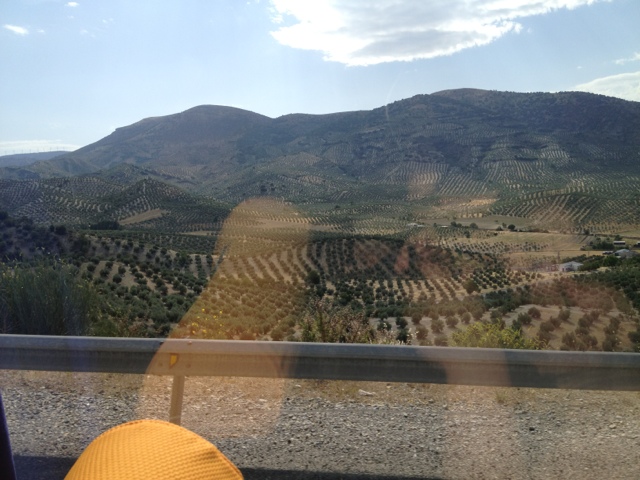 Here’s a few more olive trees. This is what the countryside was. Trees after trees after trees… I think Spain must produce all of the olives for the world. 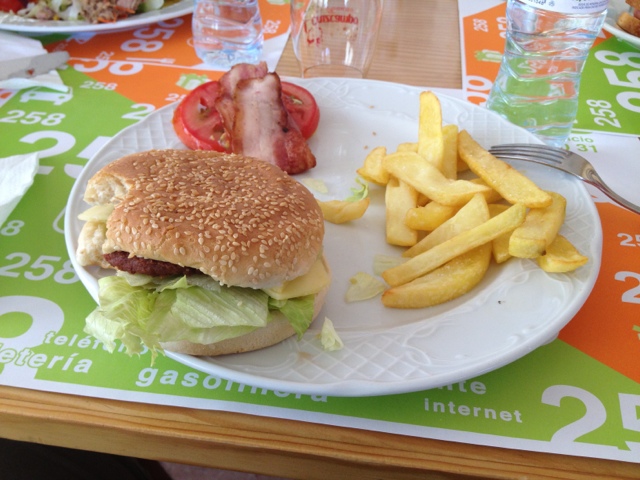 Lunch along the way, at a rest stop. Good American food! (Someone ordered a hamburger at a different restaurant a few days earlier, and ended up with just two hamburger patties, no bun or anything, so it was a gamble.) 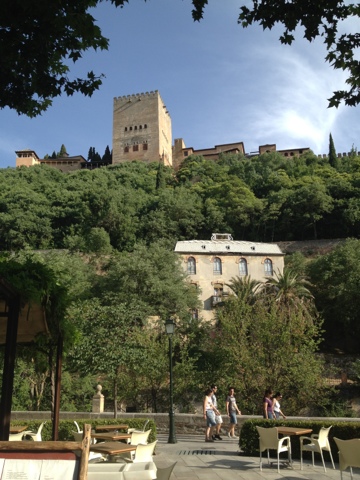 We were all very tired by the time we arrived. Here’s some random castle thingy on a hill as we were walking to our new hotel/hostal/apartments/whatever. 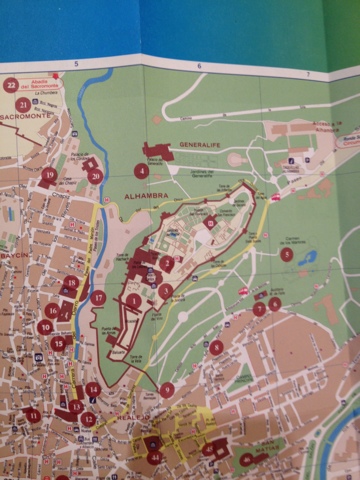 Here’s a little map. Our apartments were at the little red dot over there, 2 streets south of the number 20. So yeah, that’s the Alhambra palace in the other picture. 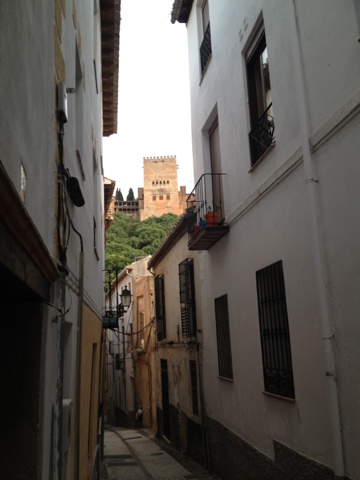 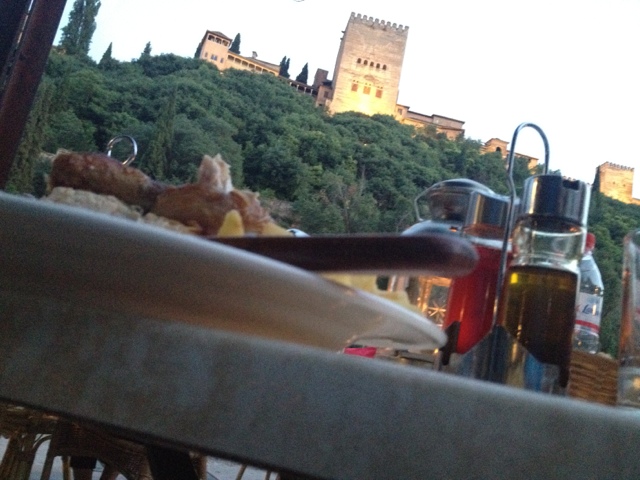 Here’s my dinner. Yep, the Alhambra again. This is at the end of the street where our apartments were. 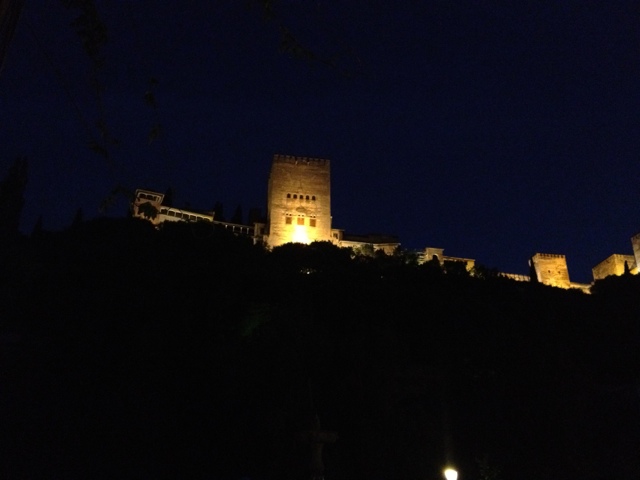 Here’s the view at dinner after the sun went down. The Alhambra was very well lit and just as striking at night as it was during the day.
So yes, we left Madrid and went to Granada. And finally, there’s the Alhambra. That’s the reason I came on this trip. One of my favorite guitar pieces of all time is “Recuerdos de la Alhambra” by Francisco Tárrega. It was one of my big dreams for years to go see this palace. Having it on the itinerary is why I looked twice, and why I signed up for this trip… and then it was just down the road from our hotel… I was very excited. 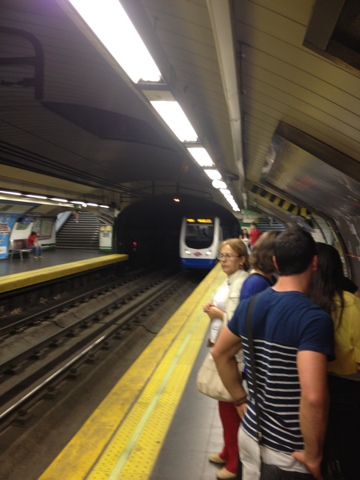 Okay. For today, I’m going to talk about the metro system in Madrid. Here’s our group and some random other people, as a train is coming in to the station.
First, the metro was technically two parts. There’s a bus system on the streets. We never took the bus in Madrid, so I can’t say much about what it did. Then, there was a rail-subway system. That’s what this is. We were all given week long (we were only in Madrid for a week) passes that allowed us to get on any of the trains as many times as we wanted to. They did this because we used the trains several times to get to places and events that were part of our itinerary.
Here, I ride the metro to school and home a few times a week, during the fall and spring semesters. If I want to catch it in the middle of the day, there’s a train once an hour, so I get there about 15 minutes early so I’m sure I don’t miss it. If it’s early morning, at the busiest times, I think there’s one every 25 or 35 minutes. In Madrid, there’s trains about every 4-5 minutes. That means, nobody runs and tries to catch the train as it’s leaving, which can cause problems here (I see it all the time.). Instead, if the doors are closing as they come into the stations, the people will simply sit and wait 5 minutes for the next train.
Because there’s nobody running to get on and delaying the train, it can open its doors for a very short amount of time at each station, and then close them and take off again. I think you can get anywhere in the city in like 30 minutes on the train, and that includes all walking, and waiting for trains. Because stops don’t take very long, the train can make a lot of stops without adding very much time, so there’s always a train station very close. And because it’s all underground, they just put one train under another, so the trains never have to wait for each other. It’s amazingly efficient and easy. (Unless you go the wrong way and get lost…)
So yeah, I love the trains that they have over there. They make it very viable to get around without a car, something that I loved about Spain.