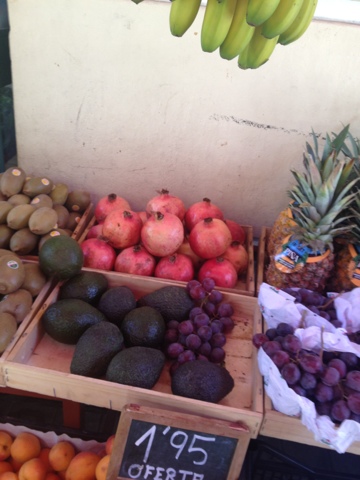 Granadas at a marketplace. 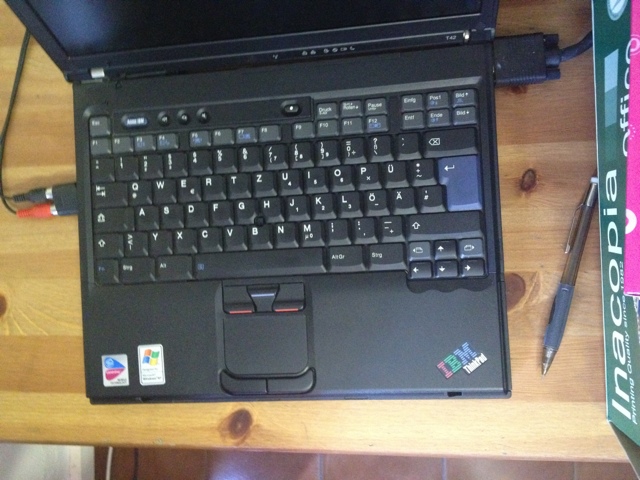 This is a Spanish Keyboard. Actually, I think it’s a general European Keyboard, but it’s what they used in Spain, so I’m calling it Spanish. 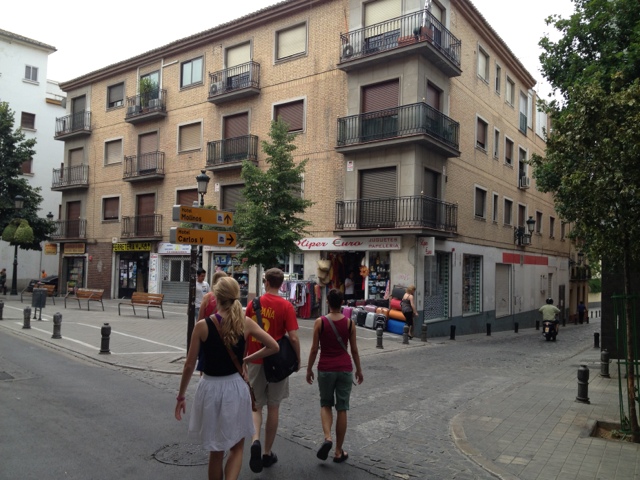 Granadas on poles by the street.
So yeah, not a lot of pictures today. It was Wednesday, June 20, for those of you who had lost track. (Yeah, I figured that out for myself and then figured that I shouldn’t waste all of the work, so I posted it here.) Again, class with a diary and a chunk of workbook pages. We essentially covered a chapter in 4 days, with digressions for tables and quizzes.
After that, we went on a scavenger hunt, looking for random things around the city. We had a list of like 20+ things, and our team ran all over, and found all but 2 of the items on the list. It was really hard. And we got absolutely nothing from it, because one of the other teams found an old lady with a dog, and therefore were only missing 1 item, beat us by one point, and got all of the prizes. We were also going so fast that I didn’t get to know any of the city, so I had to go back out later to actually look at things, and process how to get to places, and stuff. (Amy needs to post that picture of the guy with tattoos…)
Those are granadas, the fruit that the city is named after. You might know them by the name of pomegranates. They were for sale at most every marketplace, and on a lot of signs around the city. They were even on the poles along the side of the street, at least metal ones were. That’s what the third picture is.
A few notes: Their method of numbering houses makes a lot more sense than ours does. I live at a house with the number 9413. There’s like 20-30 houses on my street, there’s no way there’s over 9000. Two houses down is 9501. It’s crazy. In Spain, every street starts at the number one, so the numbers actually correspond to how many houses there are on a street, and where on the street they are.
They also do their dates DD/MM/YYYY, which makes more sense than MM/DD/YYYY, because it’s going from the smallest unit, days, up to the largest unit, which is years. I don’t know why we do it backwards here.
They have aluminium. We have aluminum because someone misspelled it on a product, and it stuck. We’re wrong.
And finally, they use the metric system, which is many times better and more sensible than the one we use here (Imperial). Everything goes by multiples of 10, so it’s really easy to write/convert/understand. No more cups to gallons or feet to miles headaches.
We’re so backwards here in the United States. 🙂