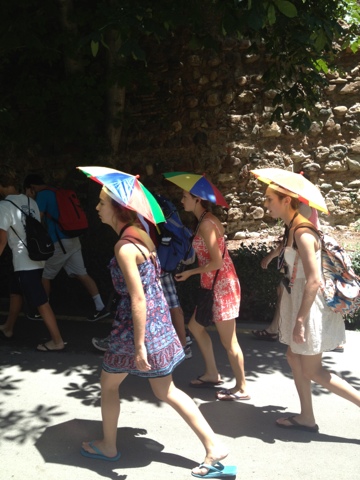 This picture and the next are actually still from Friday, but The Alhambra was awesome enough that I left everything else until today. As we were walking down the hill, we saw these. Umbrella hats… I want one for when I’m biking and it’s raining. 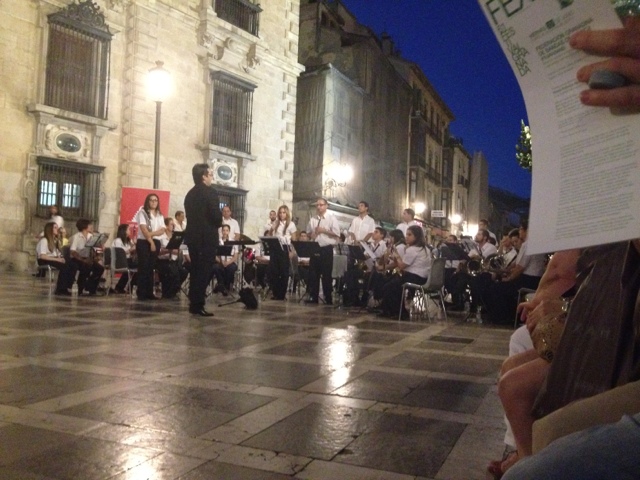 International Music Festival. A student orchestra from a local university was in the Plaza Nueva, and played classical music for a while. Well, too. 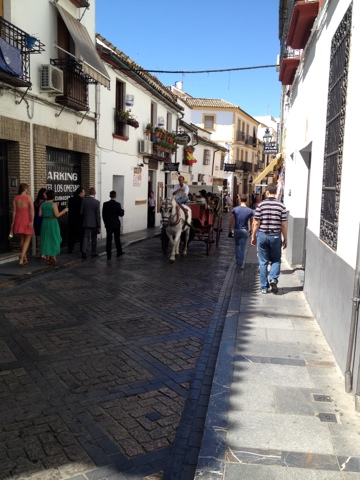 Next day, Saturday. We went to Córdoba, and spent the night, returning the next day. This was one of the main ways to get around the city. Horse drawn carriage. Pretty cool, if you ask me. 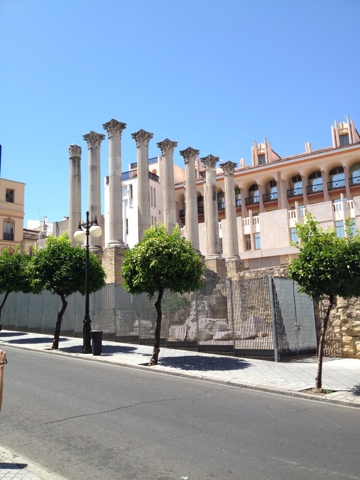 Roman ruins. These were scattered throughout the city. 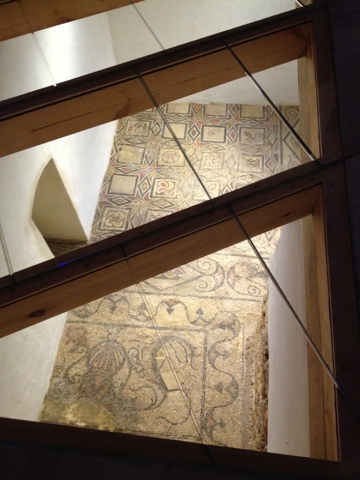 An old Visigothic Church under the floor. 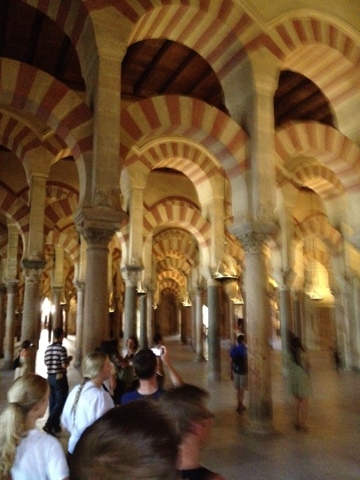 The inside of a mosque. 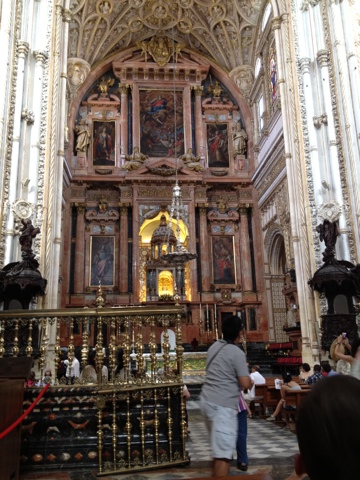 And a beautiful cathedral. 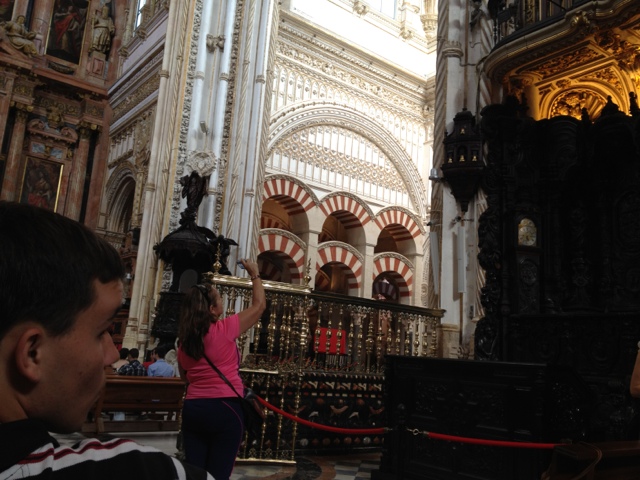 And the mosque, seen from the cathedral. Wha?
Yeah. Those last four pictures are from La Mesquita, a mosque/cathedral with identity issues in Córdoba. Wikipedia explains it better than I do.
I’m going to talk about the rest of Saturday tomorrow, mostly because nothing much happened on Sunday.