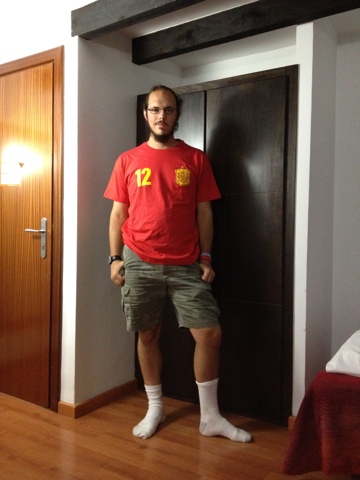 This is still from Saturday, but Sunday was boring. 🙂 Um, the Eurocup was played while we were in Spain, and football (we call it soccer) is bigger over there than american football is by several orders of magnitude. It’s insane. So anyways, we watched most of the games from our hotel room TV, but this night we decided to go out. It was Spain Vs. France in the quarterfinals (8 teams, single elimination brackets). We were in Córdoba. We decided to go out to the local plaza and watch the game at a bar. Here I am, dressed in my Spain shirt, all ready (minus shoes.) We all got the shirts. 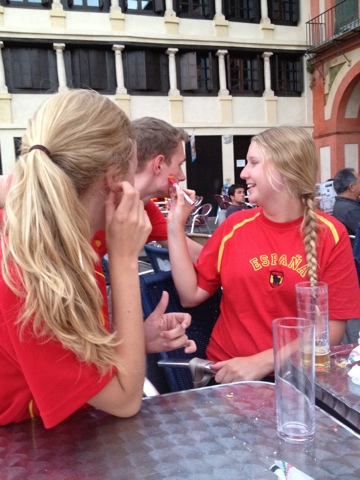 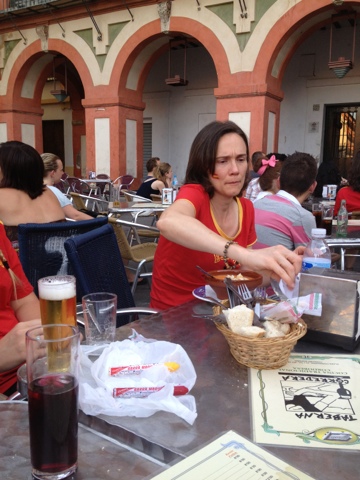 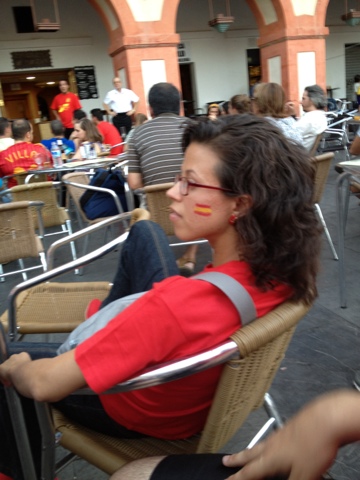 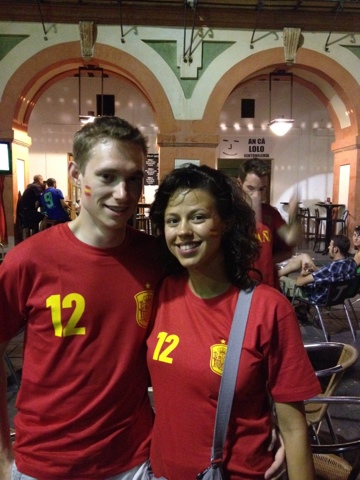 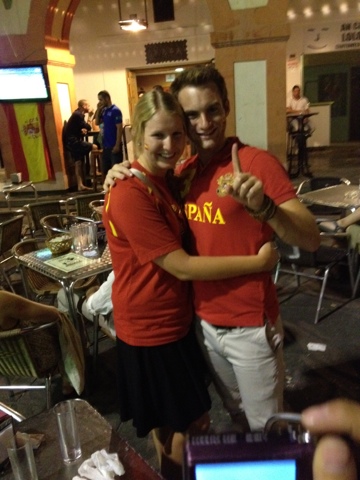 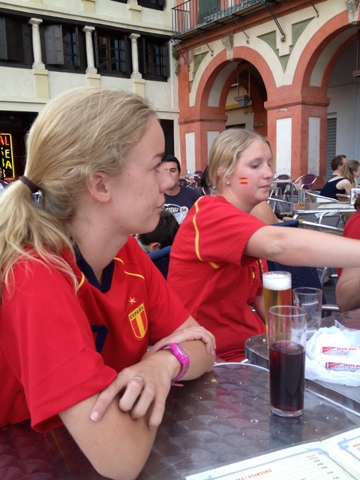 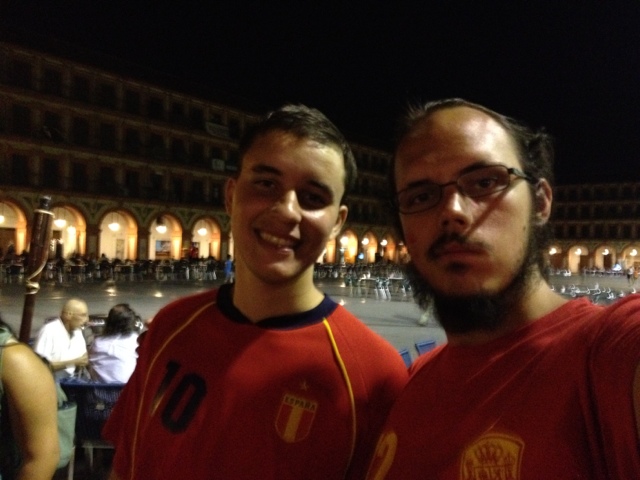 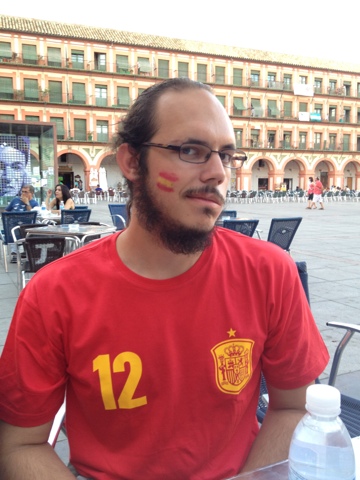 Many of us, including the teacher, had the Spanish flag painted on our faces. It’s nice they have such an easy flag to draw. 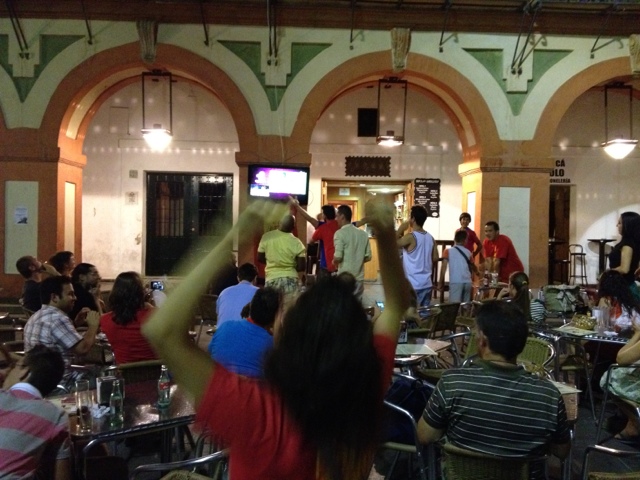 And yeah. Spain won, 2-0. Quite a game. Here’s people celebrating.
I’m tired and I’m up too late. Sorry for the late post and not saying much. I’ll do more tomorrow. I promises.