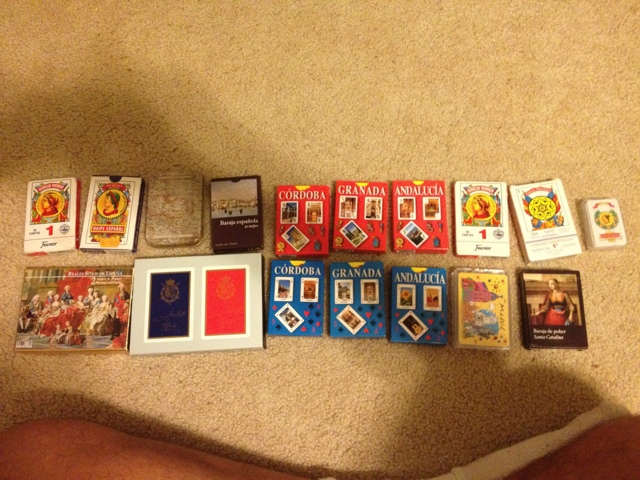 Here’s the 19 decks of cards I bought in Spain. 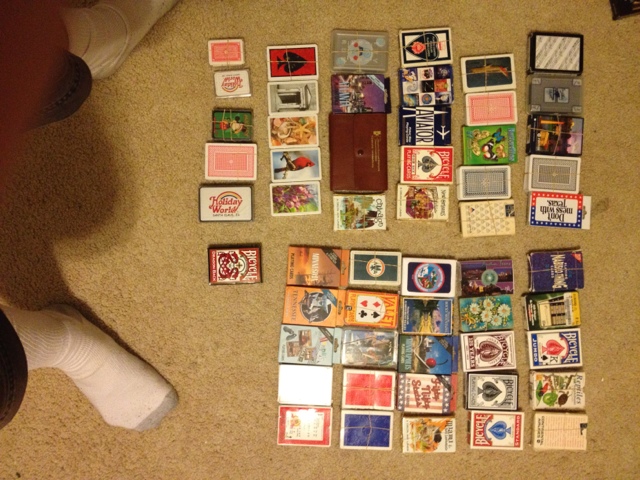 And 56 more unique decks.
Not much. There was a test, I did meh. I think there was a football game, can’t remember. Anyways…
So yeah. When I travel, I collect decks of cards. I don’t get postcards (though I sent a handful from Spain. I hope those arrived…) or other stuff. I get cards. I’ve been doing this for a few years, as you can see. It’s quite fun, and it gives me a lot of choice when I want to play a card game… I’m tempted to challenge someone to a game of war with all of my decks…
In Spain, they have a different kind of card deck than we have here. It’s called a Baraja Española. They call our decks Barajas de Poker or Barajas Bridge. They typically also include 3 jokers in our decks, though I’m not sure why. The bottom row of decks in the top picture is American decks from Spain, and the top row is Spanish decks. It’s quite the fun hobby. If anyone reading wants to give me cards, I’d love to take them. 🙂