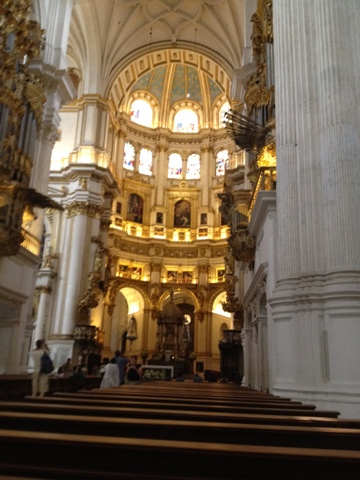 The Cathedral of Granada. One of the pinnacles of architecture in the world, it’s an amazing and beautiful building. Those are organs on either side of the pews, and the central area and dome in the middle. 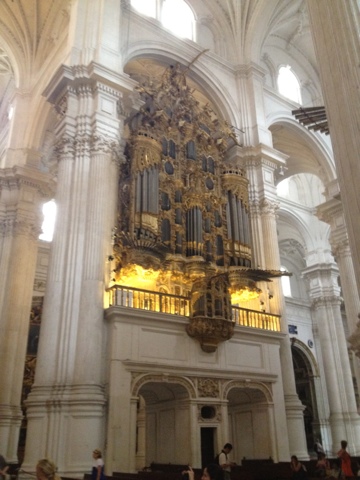 A better view of one of the organs. I would absolutely love to hear one (or both) of these things played. The acoustics in this huge, vaulted, stone room were absolutely amazing. 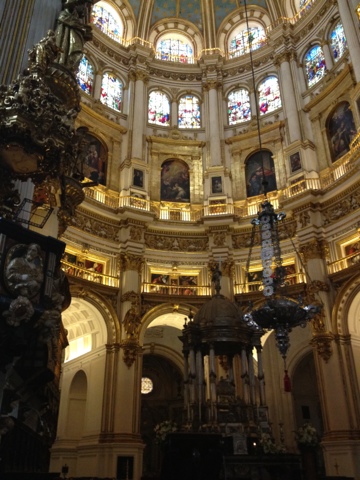 A better view of the central area, adorned with many pieces of famous artwork. 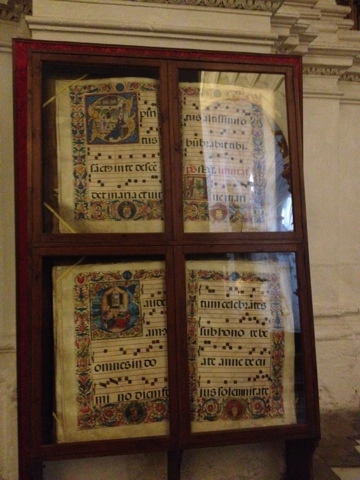 Some old Latin texts/songs. I do believe that the lines in between are Gregorian Chant. 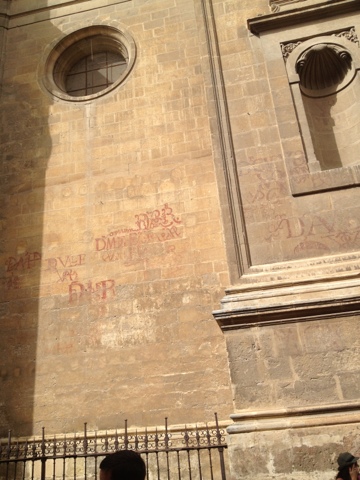 The outside of the Cathedral. That graffiti is several hundred years old. It used to be that the students of the University of Granada would come here upon graduating and scribble their names on the wall.
So, no tests at all today. We had a small quiz (I aced it), but it was a laid back and relaxing class, in the middle of all of the madness. We went to two quite interesting places in the afternoon; the Royal Chapel of Granada, and the Cathedral of Granada.
There were no pictures allowed of the Royal Chapel, sadly. It was amazing. It’s a beautiful structure, and it also contains the graves of Isabel and Ferdinand, perhaps the most famous king and queen of Spain ever. It also contains the graves of their daughter Juana la Loca (remember her?), and her husband, King Phillip the first.
Then, we went to the Cathedral of Granada. As you can see from the pictures above, it’s a massive and absolutely stunning building. Just wow… Those people know how to build. They really know how to build. If you go to see anything in Spain, it’s the architecture. It’s some of the best in the world.
Random side note: My new computer came in today, and I love it. Thank you, mom! 🙂